Whenever an “old” song comes on the radio, it often feels like picking up the phone and talking to your best friend. It’s wonderful, fun, and feels right – even if you haven’t talked in ages, it feels no time has passed whatsoever. But here’s the thing, songs that we now think of as “old” are actually a lot older than we expected. So here are the most popular songs that are tuning 20 years old in 2018 – you’ll probably be saying “Noooo way” for quite some time. With the likes of the Spice Girls, Backstreet Boys, and NSYNC on this list, prepare to feel old.

Let’s see, her hit song “How Do I Live” was actually ranked as THE most successful song of the 1990’s by Billboard Magazine. I mean, it spent 69 weeks on the charts!

Now here’s a hit that includes track samples from Kenny Rogers and Dolly Parton’s hit 1983 single “Islands in the Stream”. And if that’s not amazing, then we don’t know what is.

Now the 39 year old can say, his rise to fame started in the late 1990’s. When Usher released his second album My Way, he snagged his first U.S. Billboard Hot 100 number-one single, “Nice & Slow”, then there were his top-two singles “You Make Me Wanna…” and “My Way”.

Could the Spice Girls please just come back already? PLEASE?! Goodbye and Viva Forever were their two other big songs, however Stop was easily the most controversial, as it ended the Spice Girls’ unbroken run of Number 1 singles.

Charting in the top 10 internationally, Jennifer Pagie’s “Crush” was quite the pop song. Although it’s the definition of a one-hit-wonder. Sorry, not sorry.

There was no movie bigger or better in the 90’s than that of Armageddon. And yes, there was virtually no song bigger and better than Aerosmith’s “I Don’t Want To Miss A Thing” – don’t lie, you know its true.

There was no other song on the radio that sounded anything like Cher’s “Believe” and that, my friends, was a game changer. Not only did the single hit No. 1 on the Billboard Hot 100, but it also make Cher the oldest woman to top that chart at the age of 52 — a record that she still holds.

When it came to boy bands, you could only support one. ONE. And if NSYNC was your cup of tea then their single “Tearin’ Up My Heart” was probably one of your go-to jams. All over Europe, their single was in the top 10. It didn’t take long for the single to become a hit on pop radio and is also considered by NH1 one of the “100 Greatest Songs of the 90’s”.

NSYNC Tearin Up My Heart

If you don’t dance when Britney Spear’s “…Baby One More Time” comes on the radio than we can’t be friends. And that’s no lie. This song is an ageless classic – kind of like ABBA’s “Dancing Queen”.

98 Degrees came onto the scene only once the Backstreet Boys and NSYNC made boy bands cool. They had harmonies, looks, and sweet lyrics – an instant fan favorite. And who could forget that the music video for “Because of You” took place on top of the Golden Gate Bridge? No one, that’s who.

The 1998 Dreamworks animated film The Prince of Egypt features the killer song “When You Believe” and man, is it a classic. Whitney Houston and Mariah Carey made the pop version, with their vocal range this big ballad was peanuts.

12. Backstreet Boys – Everybody (Backstreet’s Back)

Okay, so I’m going to be a bit biased here as I’m a HUGE Backstreet Boys fan. But come on, they’re the Backstreet Boys! With a 130 million records sold worldwide, they’re the best selling boy band in history. Throw on any one of their songs and get those feet tapping. 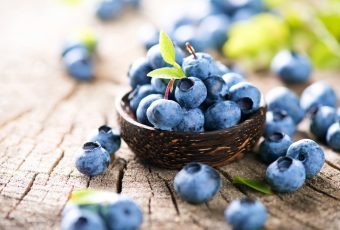 With These Power Foods Your Skin Will Glow

Do you know those annoying little pimples, that just seem to not go away? No matter what creams and soaps you use, the red little dots… 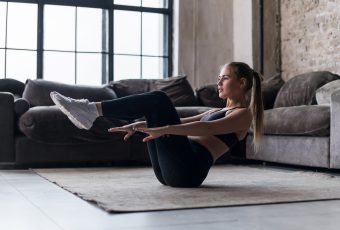 Have You Tried Pilates? If Not, Here’s Why You Should

When looking for a new workout to try, it can be difficult finding something you’ll like that will hold many benefits as well. Not to mention,…