Netflix‘s serial killer drama Mindhunter was easily one of the most enticing new shows of 2017. FBI agents Holden Ford (Jonathan Groff) and Bill Tench (Holt McCallany) employ a new interview-based behavioral research – they showed us a whole new side to your typical crime procedures. There’s no emphasis on the violent crimes committed, bur rather the psychology and circumstances that lead America’s deadliest killers to their tipping point. As far as gripping true crime shows go, Mindhunter takes the cake.

The Netflix show was inspired by Mindhunter: Inside the FBI’s Elite Serial Crime Unit, the nonfiction book written by John E. Douglas and Mark Olshake. This means that there is an actual historical blueprint for the show to follow. Basically, this means season 2 is going to be killer – pun intended.

When is Mindhunter Season 2 coming out?

Mindhunter season 2 was renewed by Netflix in November 2017. A recent interview with Jonathan Groff suggests that the show will be shooting in the next few months. “I have seen scripts, but I can’t say anything about them,” Groff said. “I am excited to go back.”

Unfortunately no official release date has been given, however comments by Groff and David Fincher (the executive producer) suggest it’ll come out toward the end of 2018.

Who’s coming back for Season 2?

The show’s core cast – Groff, McCallany, and Anna Torv (the psychology professor Wendy Carr) – should be back to open cases and interview criminals. Now we can assume that Holden’s damaged psyche will probably be a major plot point for season two. The question we all want to know: How will his breakdown from the finale impact his work going forward?

It’s unclear if Holden’s grad-student girlfriend Debbie (Hannah Gross) will be returning for season 2. Moreover it is not clear if David Fincher will return to direct more Mindhunter episodes.

In any case, we’re ready for Mindhunter Season 2! 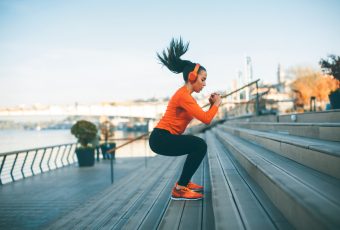